Just a mere few thousand years ago, we looked at the Sun to know what time of the day it is in the part of the world we live in. Now, we have created atomic clocks that can measure time with incredible precision. Our entire world is synchronized with these clocks.

You can confidently go to bed trusting that your alarm will ring exactly when you want it, without skipping a second. We know the exact temperature and time to set in the oven to bake a perfect bread.  We know exactly when and where will there be a total solar eclipse based on the motions of heavenly bodies as explained by Newton in the 16th century. They never missed a day in the calendar since then. The world as we know seems to be in order.

In a perfect universe, where every thing in the nature, every electron with matter dances in a predictable manner as if they have rehearsed their dance moves a million times and stick to the piece of music that always sounds the same as written in the sheet, we can, without a negligible error, predict if it will rain on a lavish outdoor wedding planned years from today. But, it will be a boring universe for us to live in.

Fortunately, we do not live in that type universe, our universe doesn't follow an order. We may have found a little bit of order in the entirely chaotic universe.

A crowned hairstreak butterfly in Southern Mexico flaps it's wings in a garden full of flowers on an sunny morning. Two weeks later a tornado rips apart a small town in another part of a country. Unknowingly the beautiful butterfly has created a devastating phenomenon caused by flapping it's wings. This is the "Butterfly effect".  It is an analogy to explain how small changes in the conditions around us could potentially have huge impact over time. No one can notice the butterfly, no one can stop the tornado.

Our current actions are the butterflies in our life. If acted without knowledge of it's effects, the tornado is just around the corner.‌

We always want to be certain about what will happen around us. However, we do not notice the evolving situations right underneath our noses until one day they cause damage. All the estimates we do about the future are roughly based on situations we can control. We do not include the unknown disturbances that could alter our final estimates. A small unaccounted gravitational tug on an asteroid hurling towards us from millions of miles away could mean extinction of all life on our planet.

We are sure that when we flip a coin there is a fifty percent chance of getting heads. We do not take into consideration that other factors such as the weight, shape, improperly balanced coin, the force used to flip etc., can alter the prediction. Calculate them and you can be always right about how it lands in the next flip.

Even at the quantum level, the building blocks of matter, scientists cannot understand why electrons behave in a way they do. But repeated experiments show that, we can only predict the behavior of them by amount of probability. It is uncertain how they behave. Albert Einstein insisted that there must be a certain reason to this which will explain the behavior. The universe cannot be based on just 'chance'.

This same sense of uncertainty has made us explorers, pioneers. This same uncertainty motivates us to take chances in life, risk taking decisions hoping that you will get what you have predicted.

We all are butterflies, creating unintended chaos by not knowing all the consequences our actions can lead to. Think before flapping your wings. 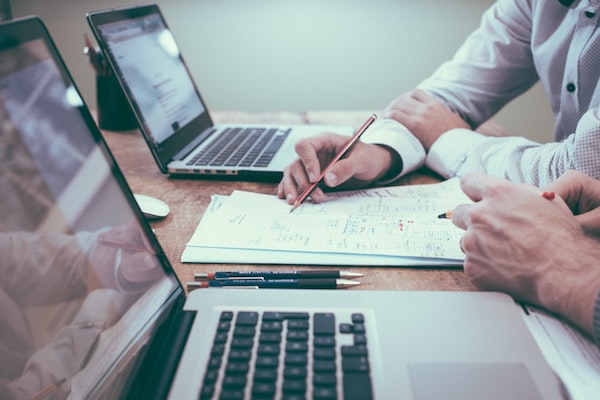